G—P
Work
About
Shop
The main goal of Ayuda Efectiva (Effective Aid) is to change the paradigm of donation, through a new model of analysis of significant social problems, shifting the call to action from marketing-driven strategies —and emotion-led action— to data-driven, trackable and impactful solutions.

They approached Re—Union to define their visual identity and a design Ayuda Efectiva's website, their main platform for donations.
‍
After several conversations with Pablo, Ayuda Efectiva's CEO we realized that one of the major pain points about the conventional donations models is the lack of evaluation of its effectiveness, namely the impact that it creates.
‍
We created a monogram with Ayuda Efectiva's initials that symbolizes a thread: it highlights Ayuda Efectiva's standpoint about solidarity: there couldn't be Aid (Ayuda) without being Effective (Efectiva), they’re bonded, tied together.

The use of a warm palette made out of earthly tones, together with the graceful typeface Canela —used for significant messages in headlines as well as relevant data through infographic— in contrast to the utilitarian Roboto Mono for texts, creates a balance between the will to create awareness about meaningful themes such as Malaria or Vitamin A deficiency, and Ayuda Effectiva’s straightforward and research-driven approach. 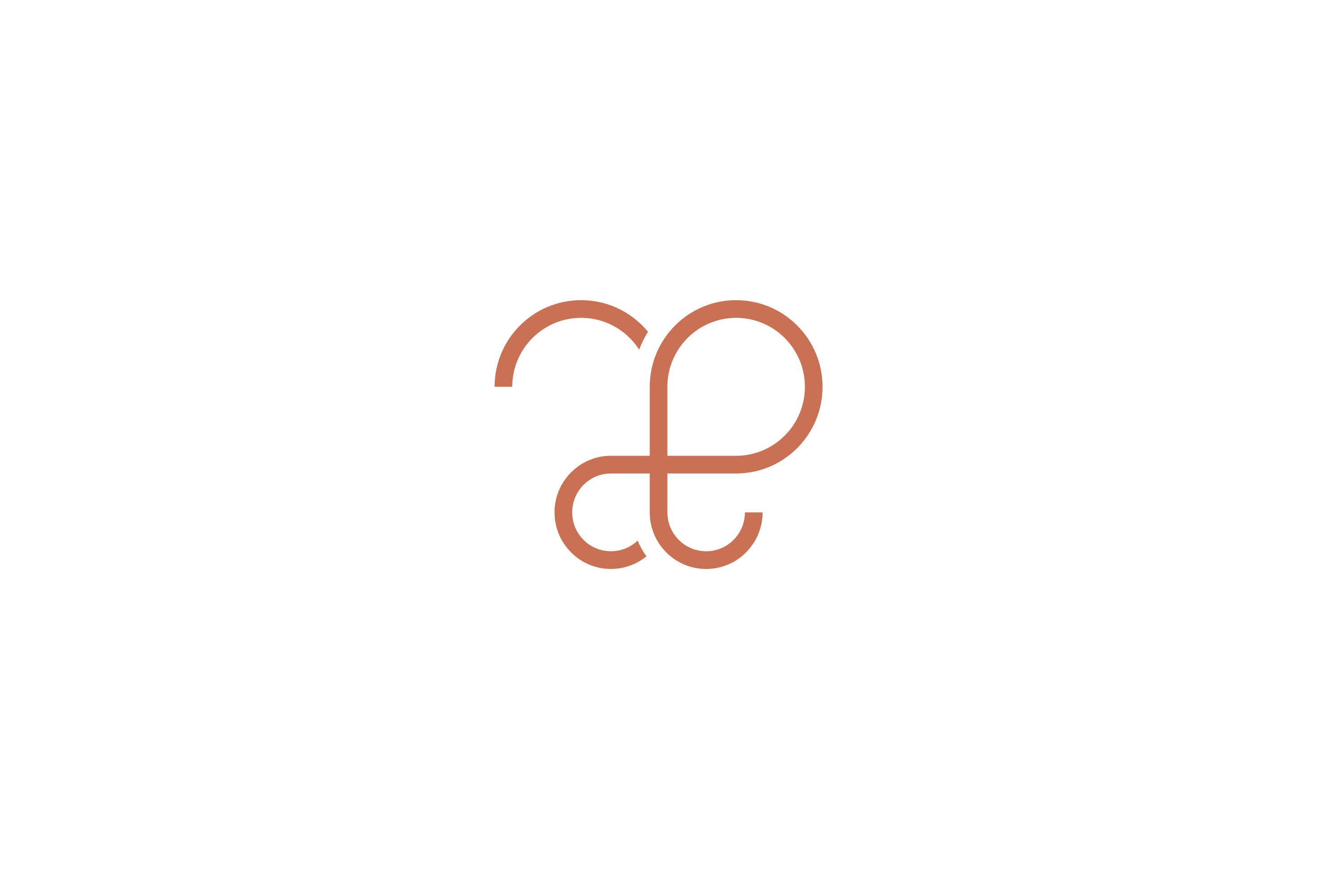 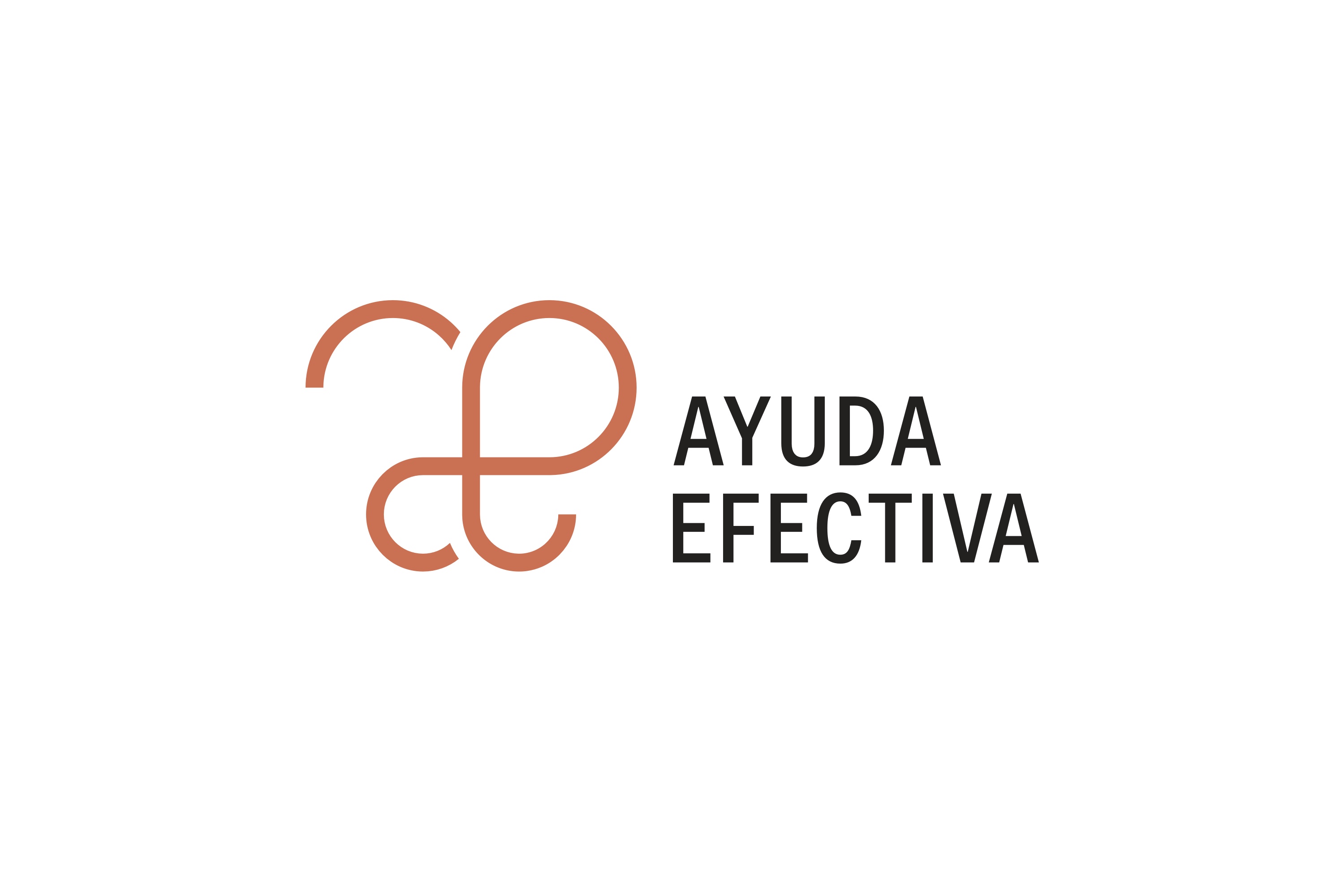 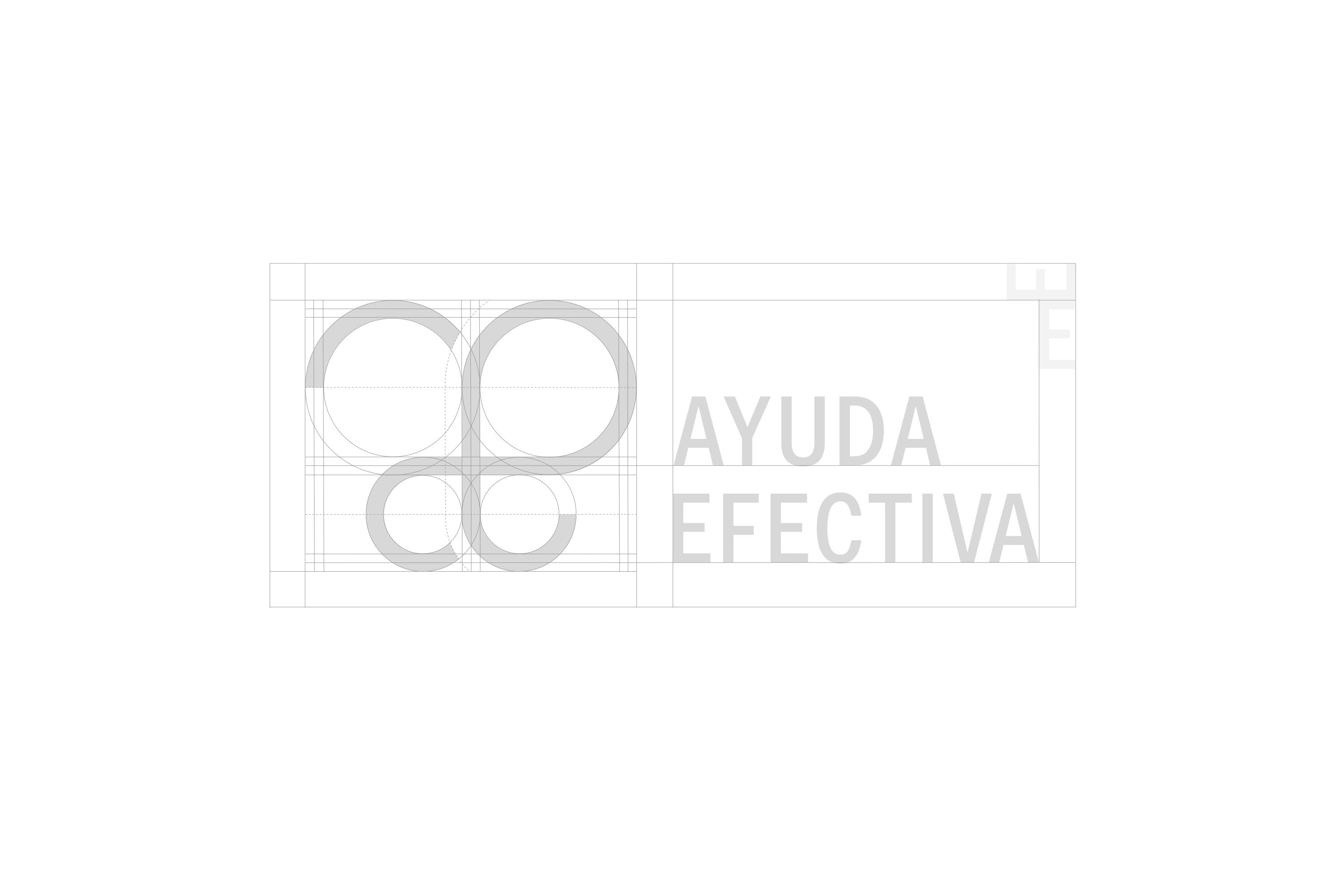 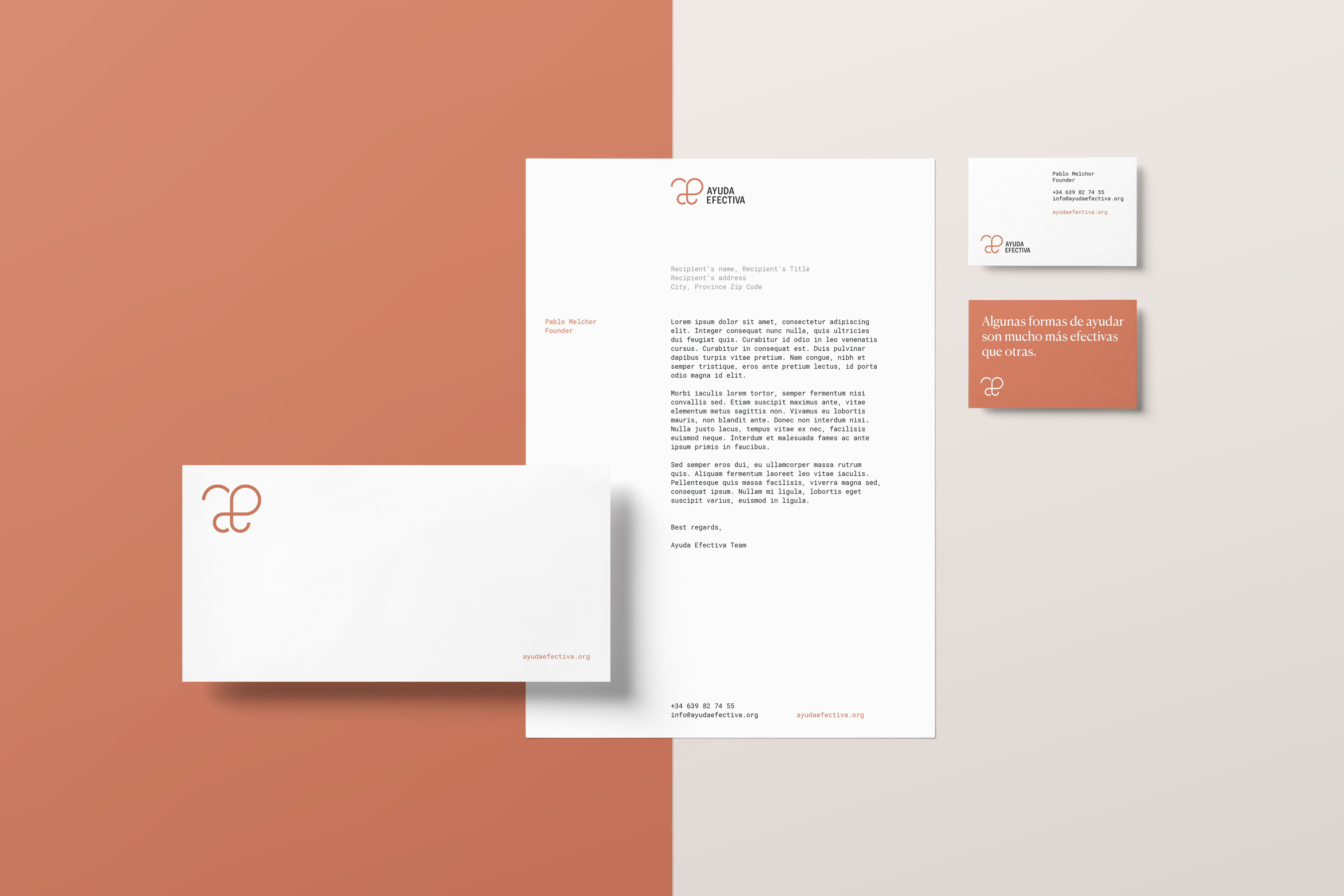 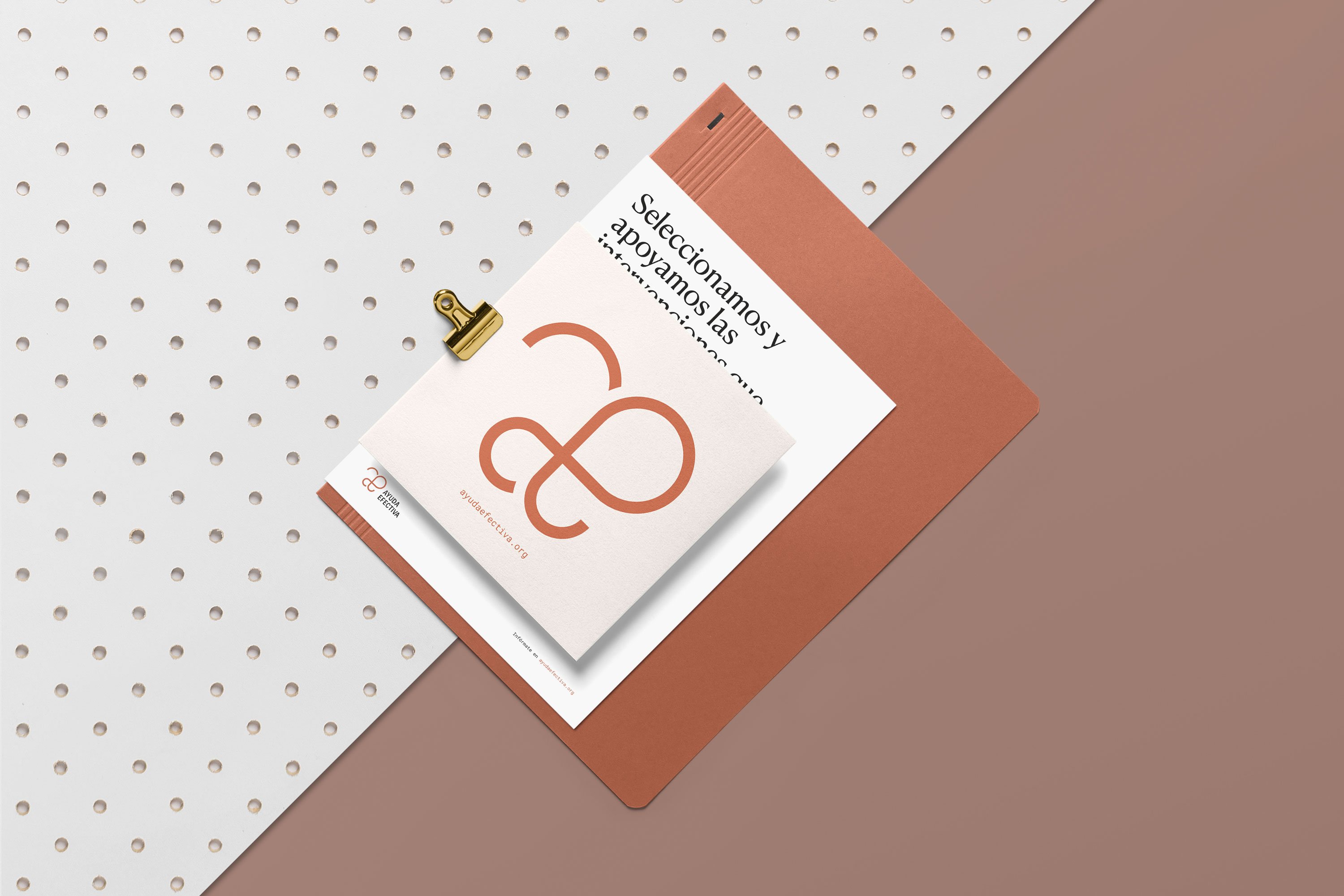 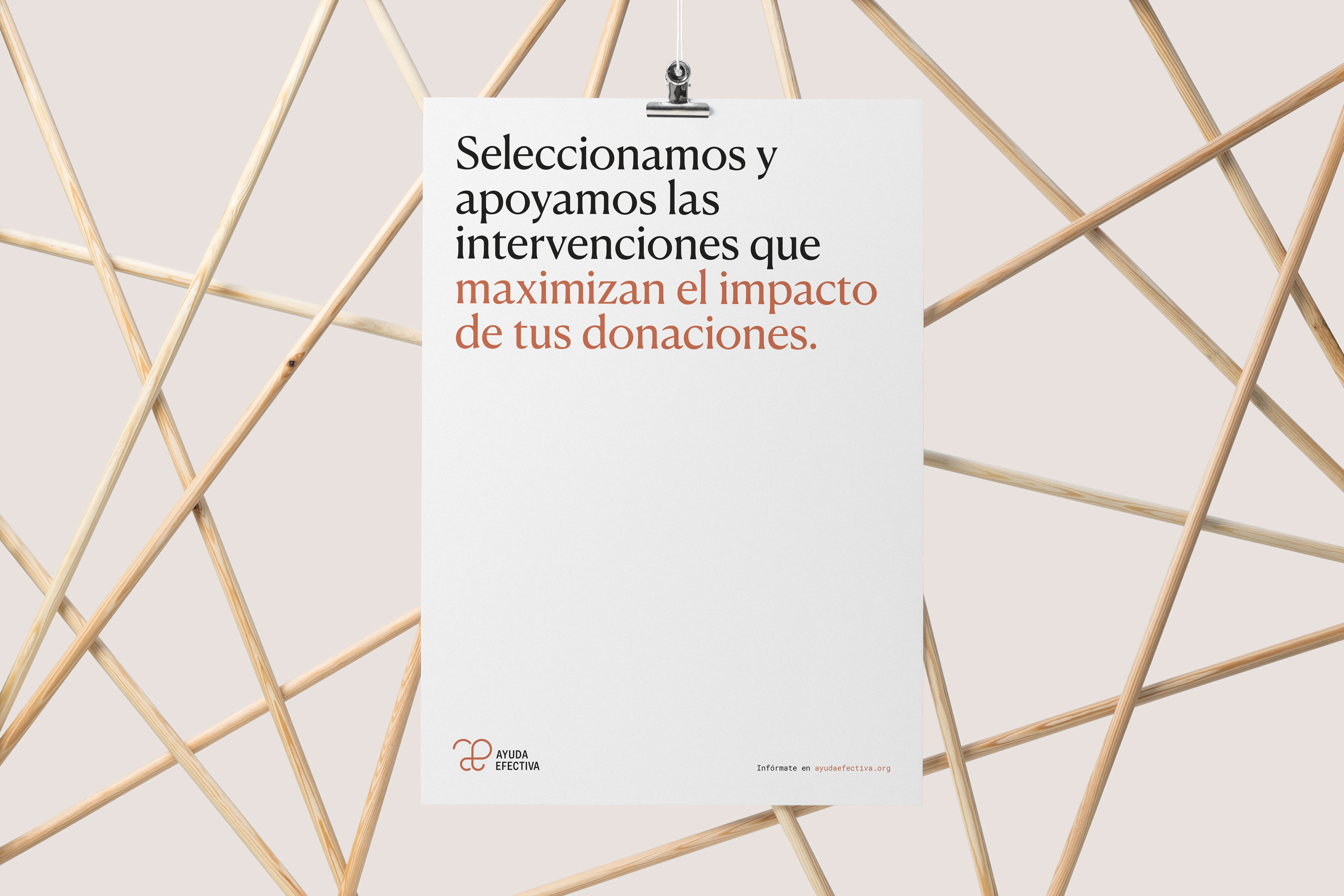 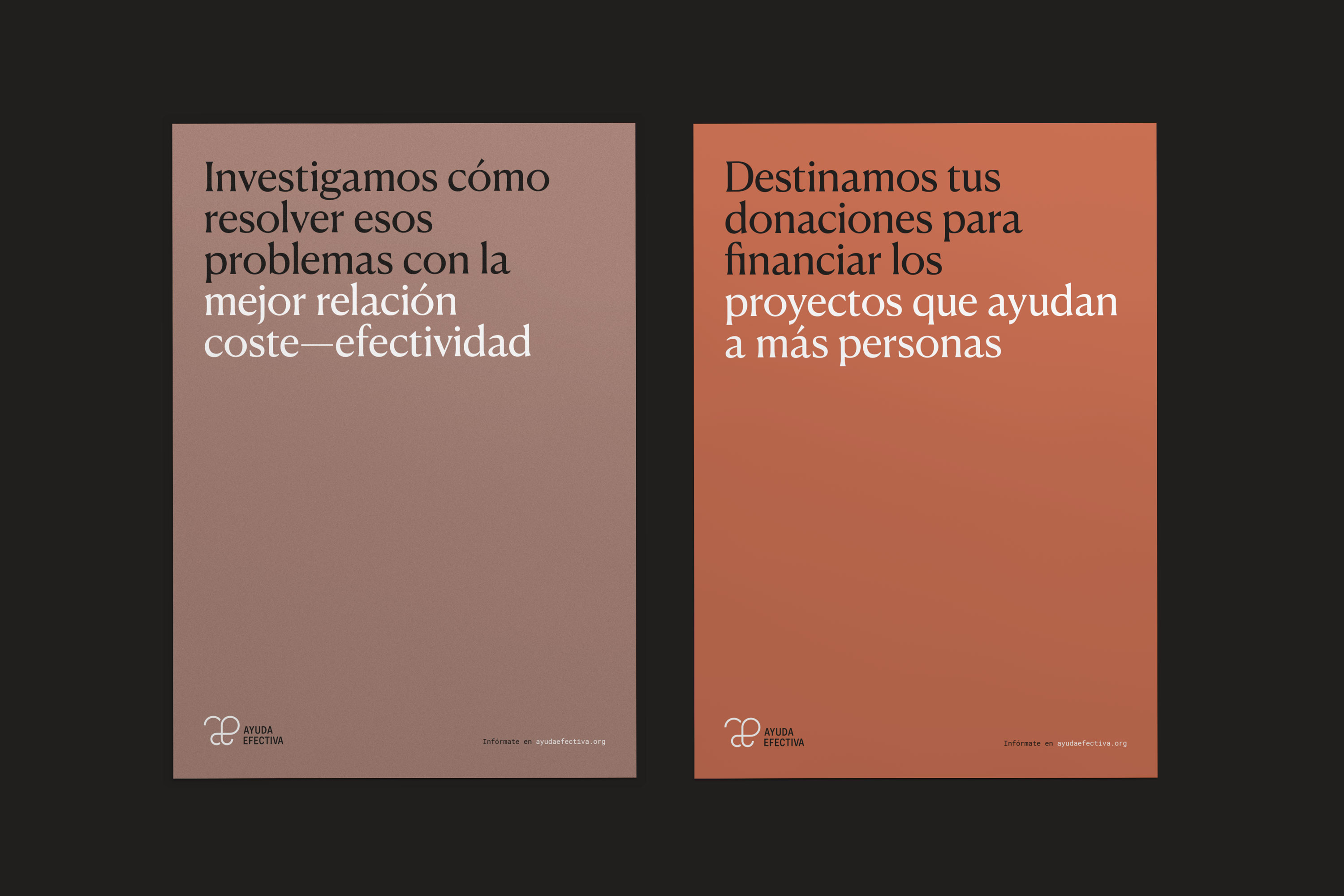 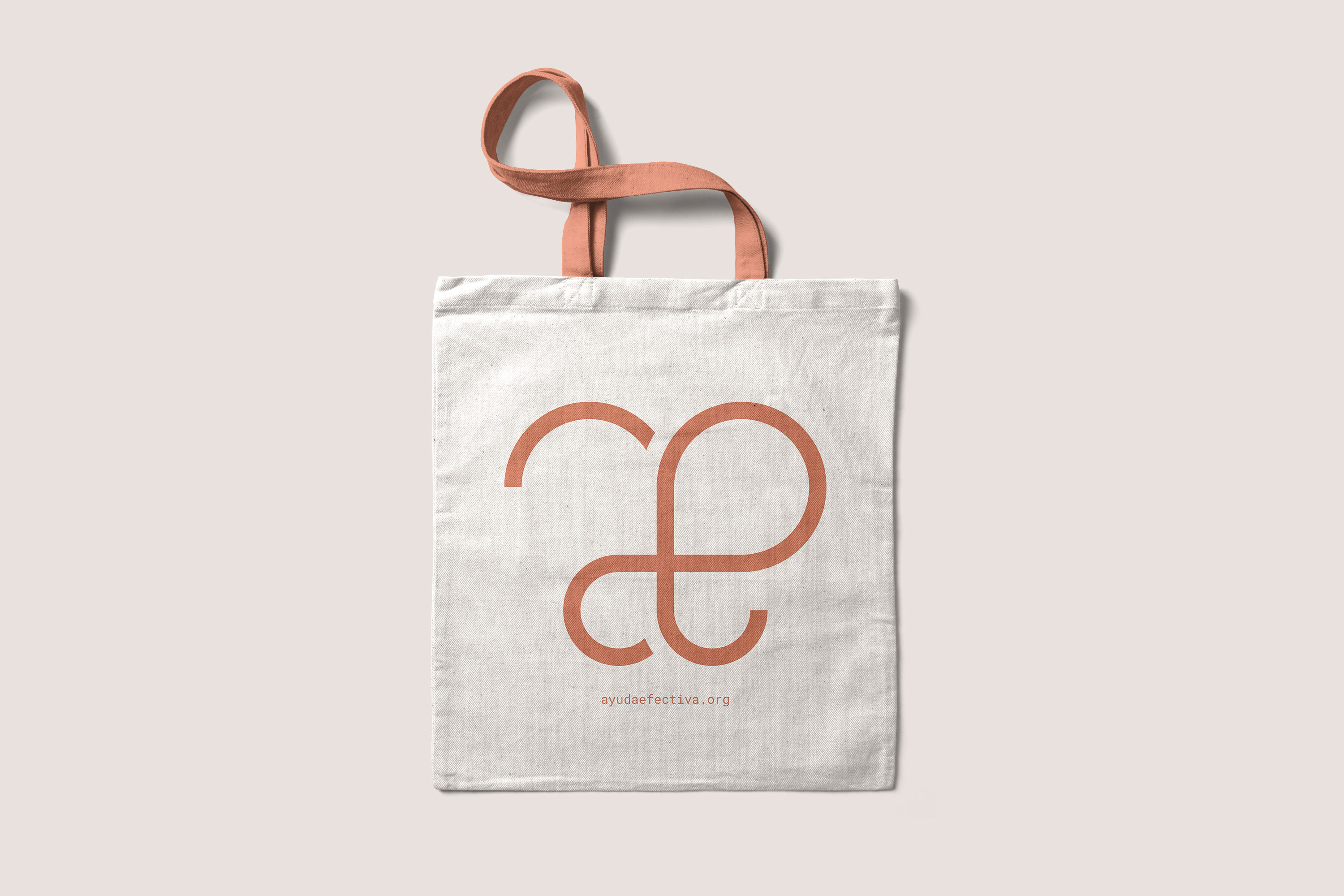 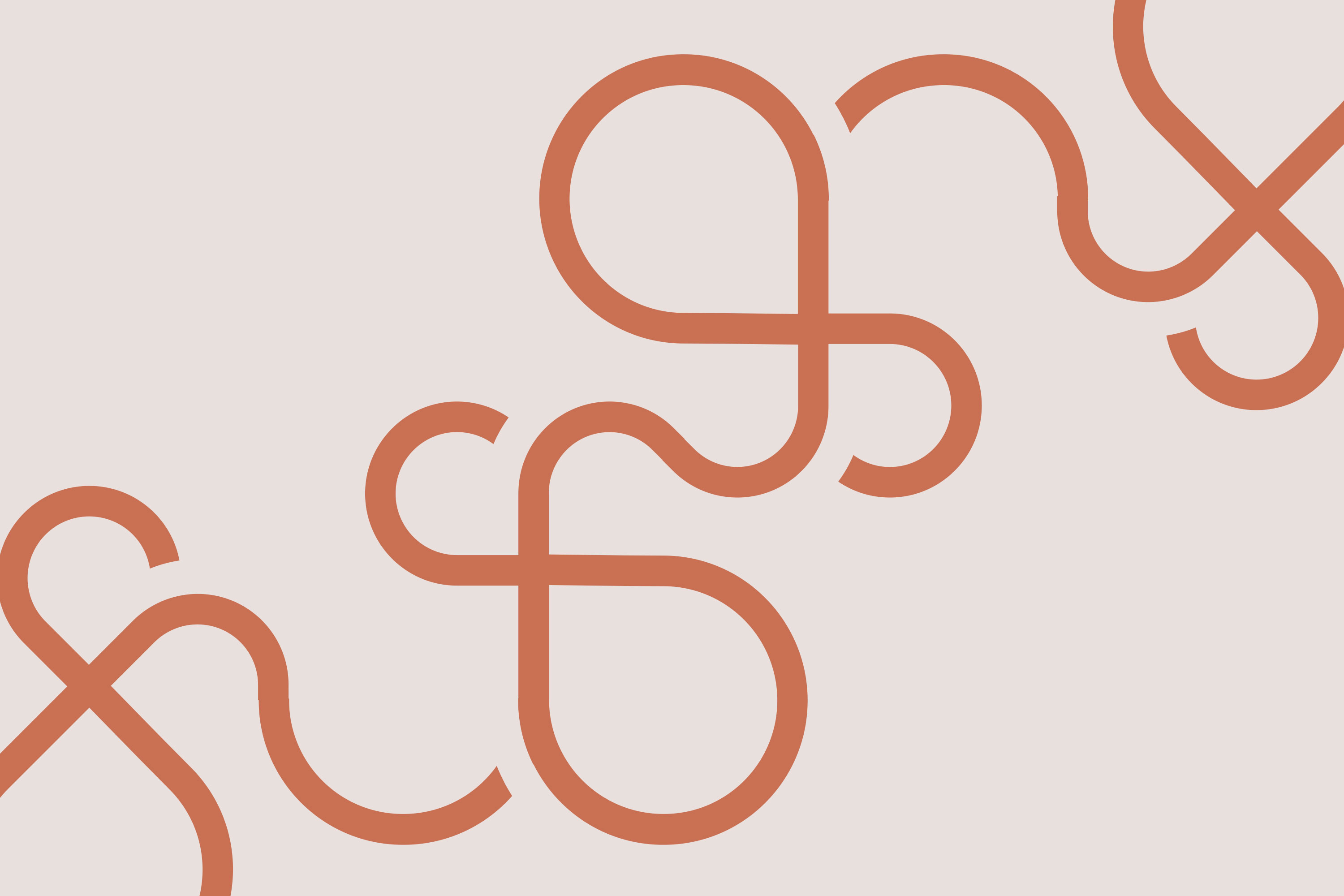 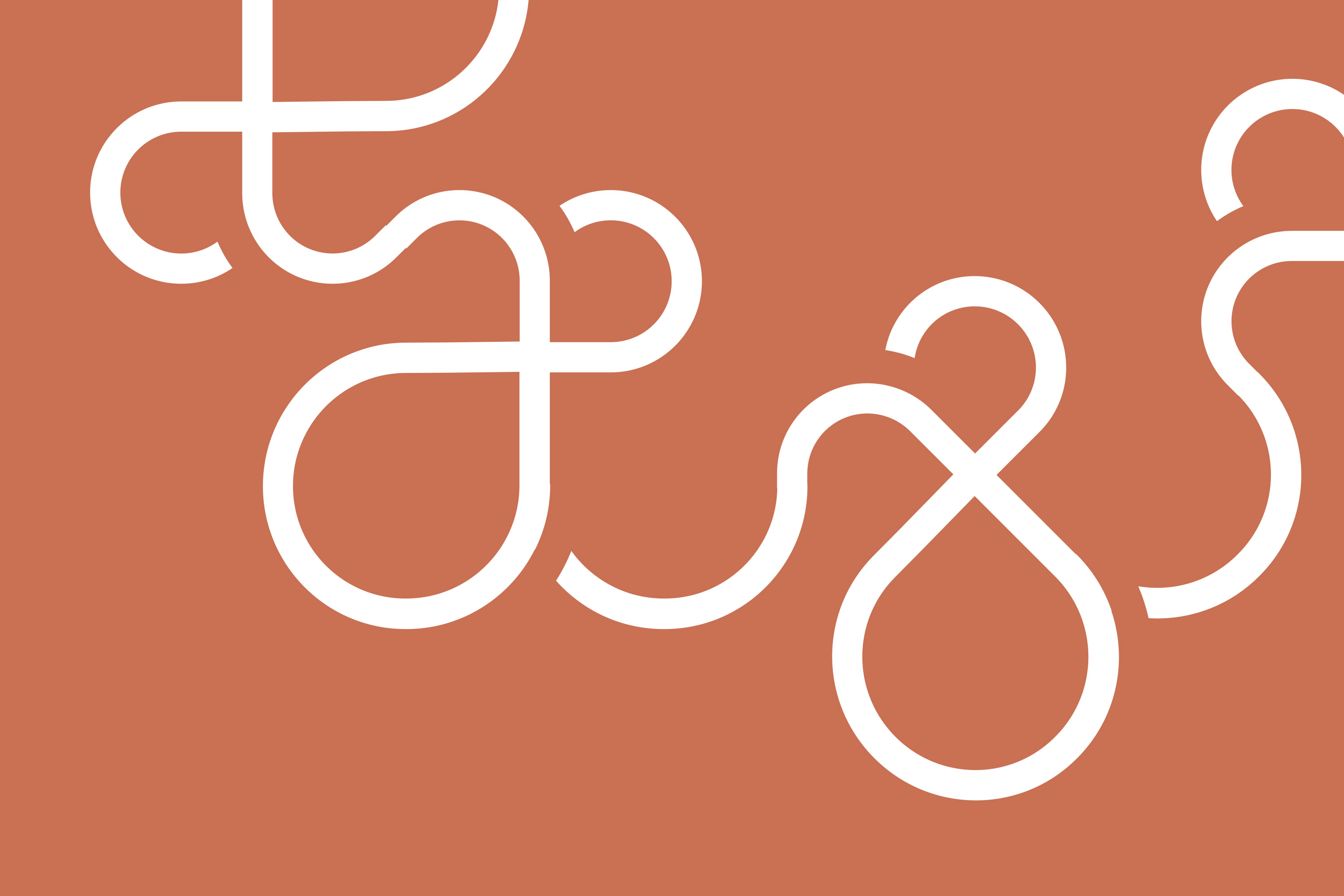 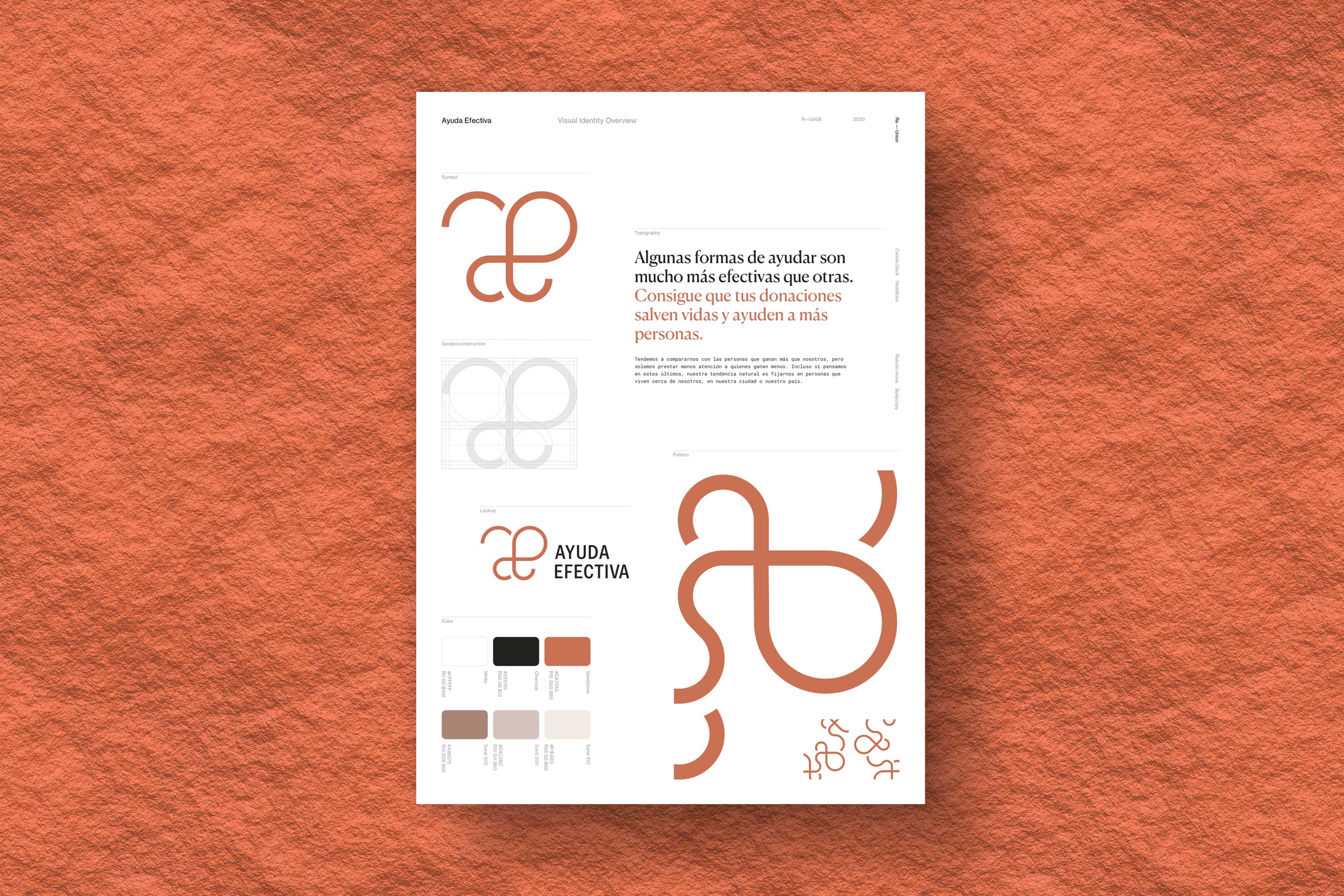 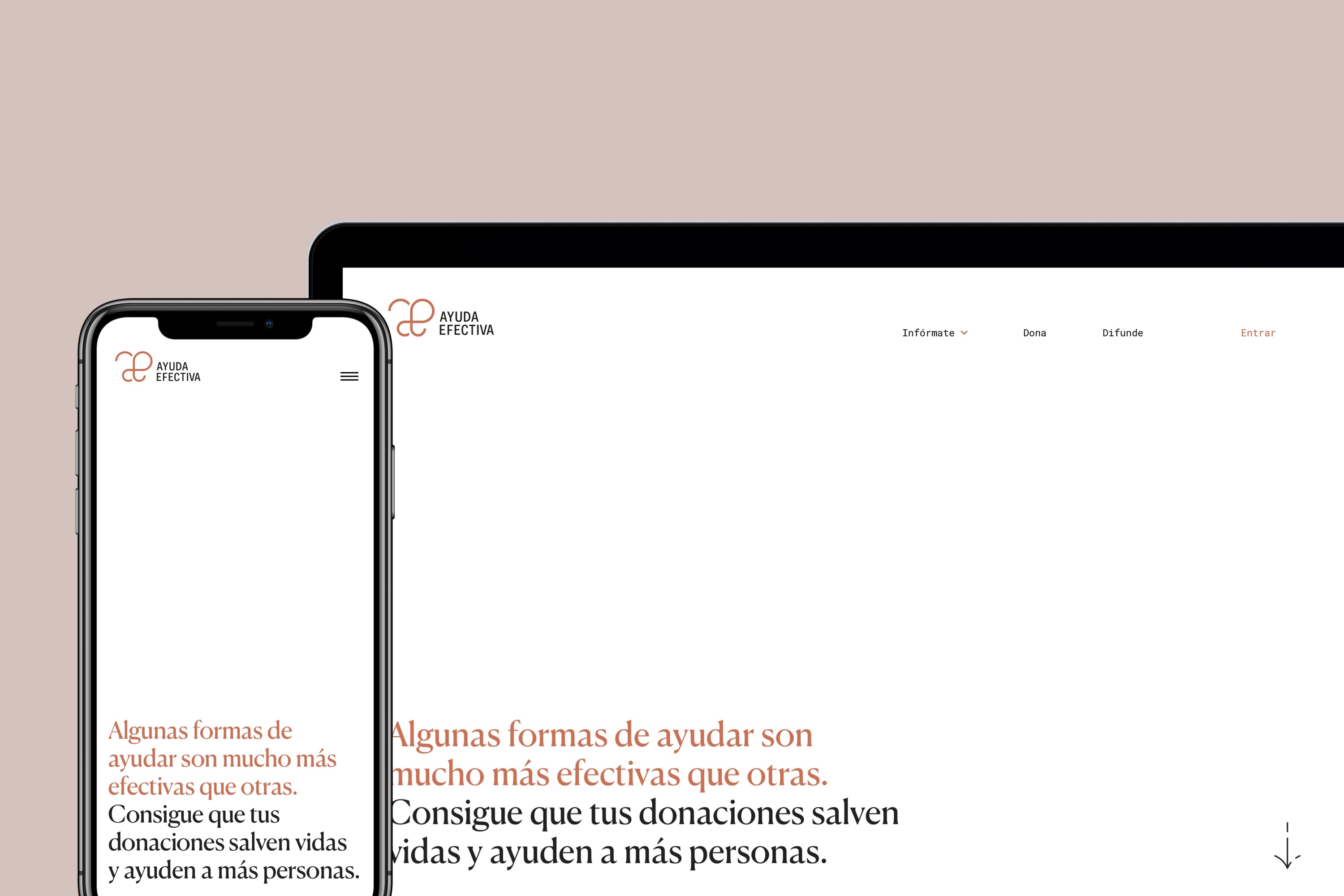 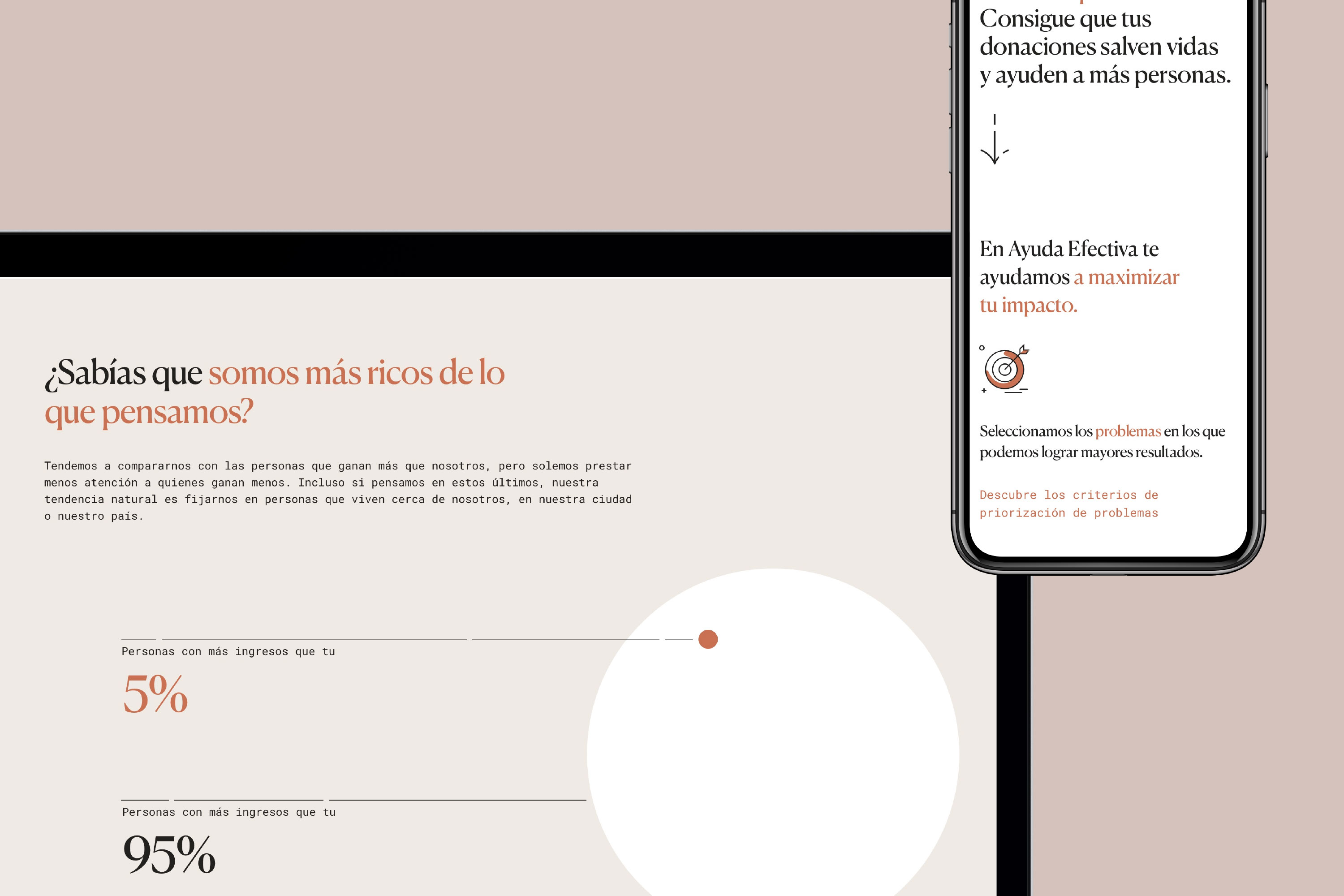 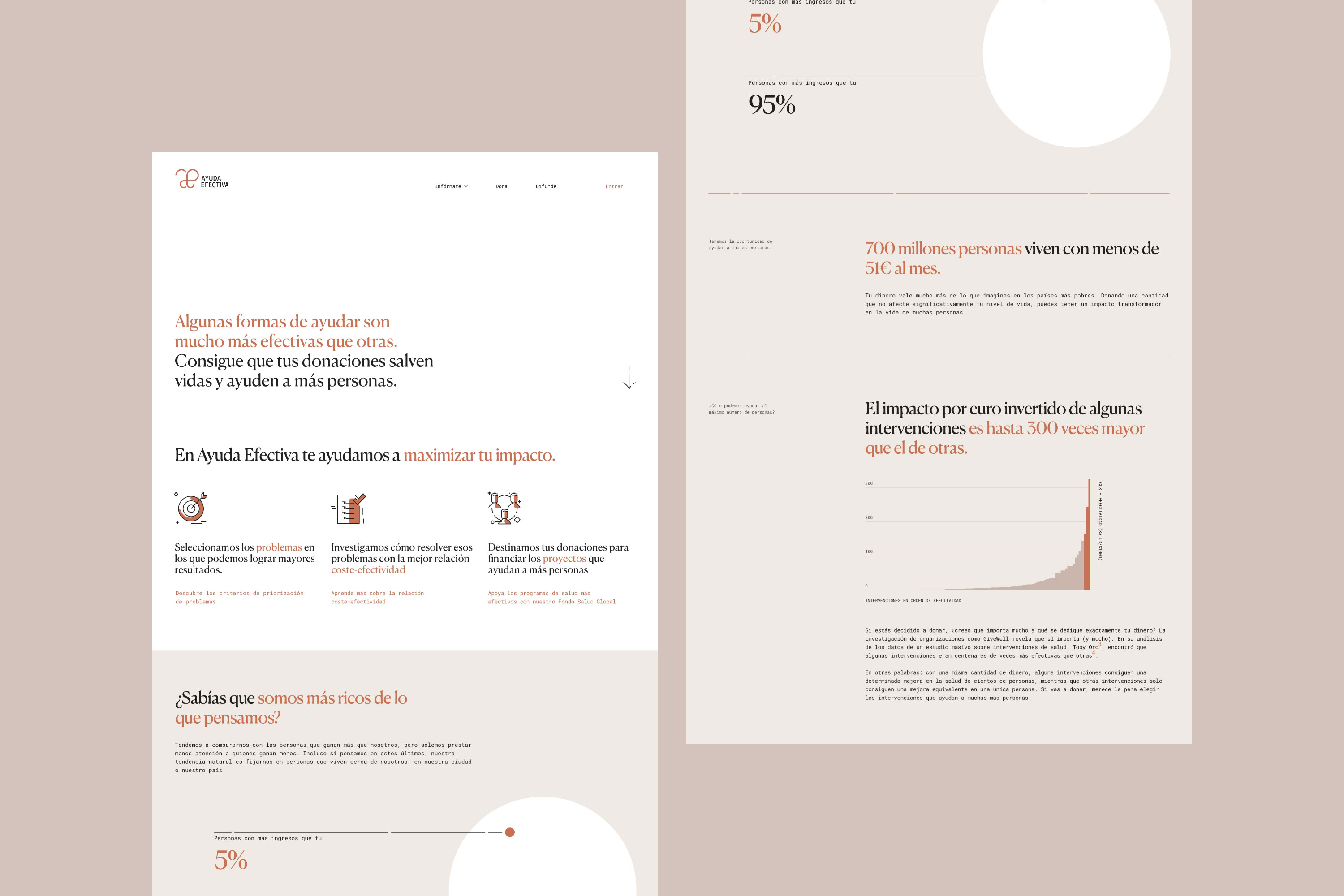 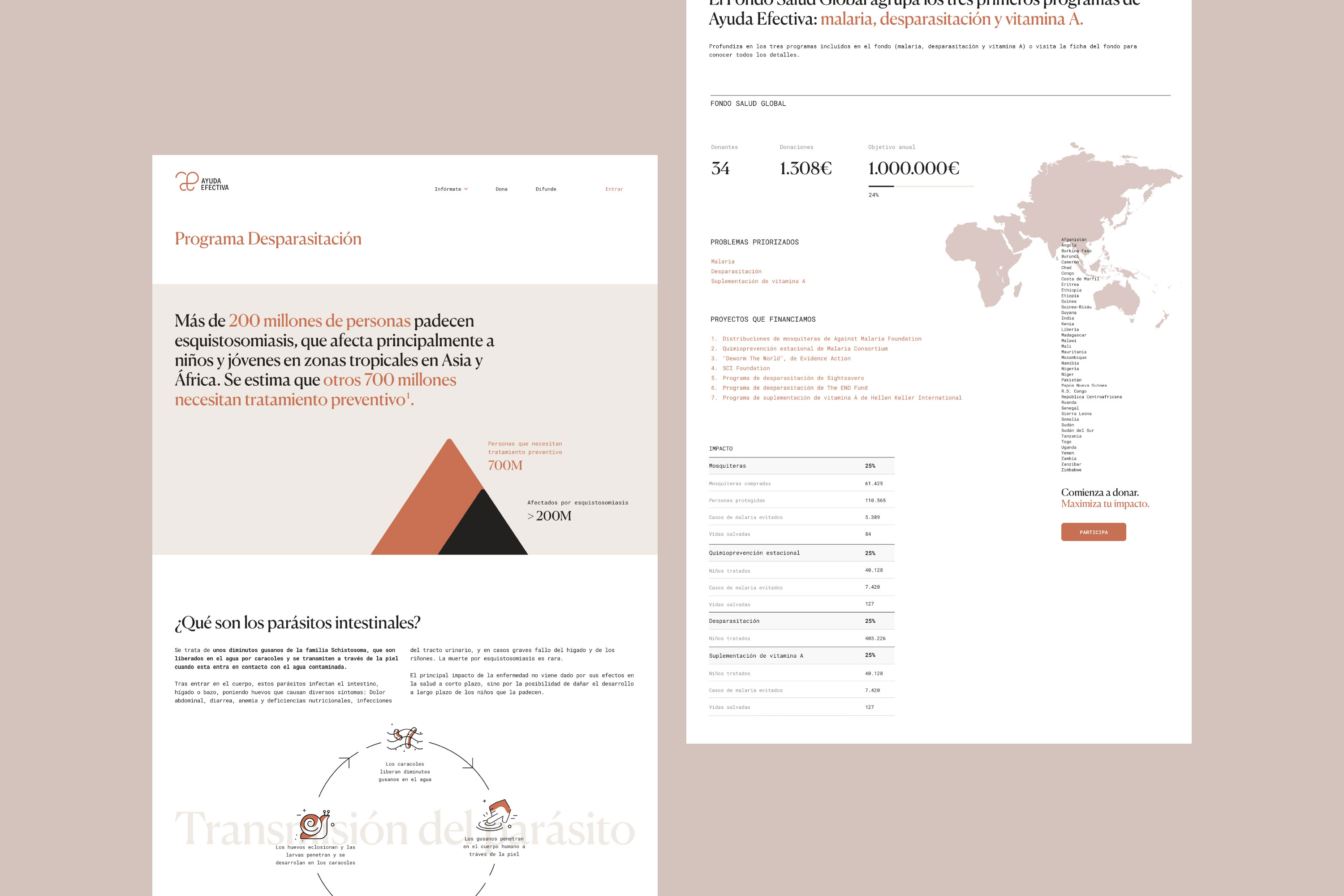 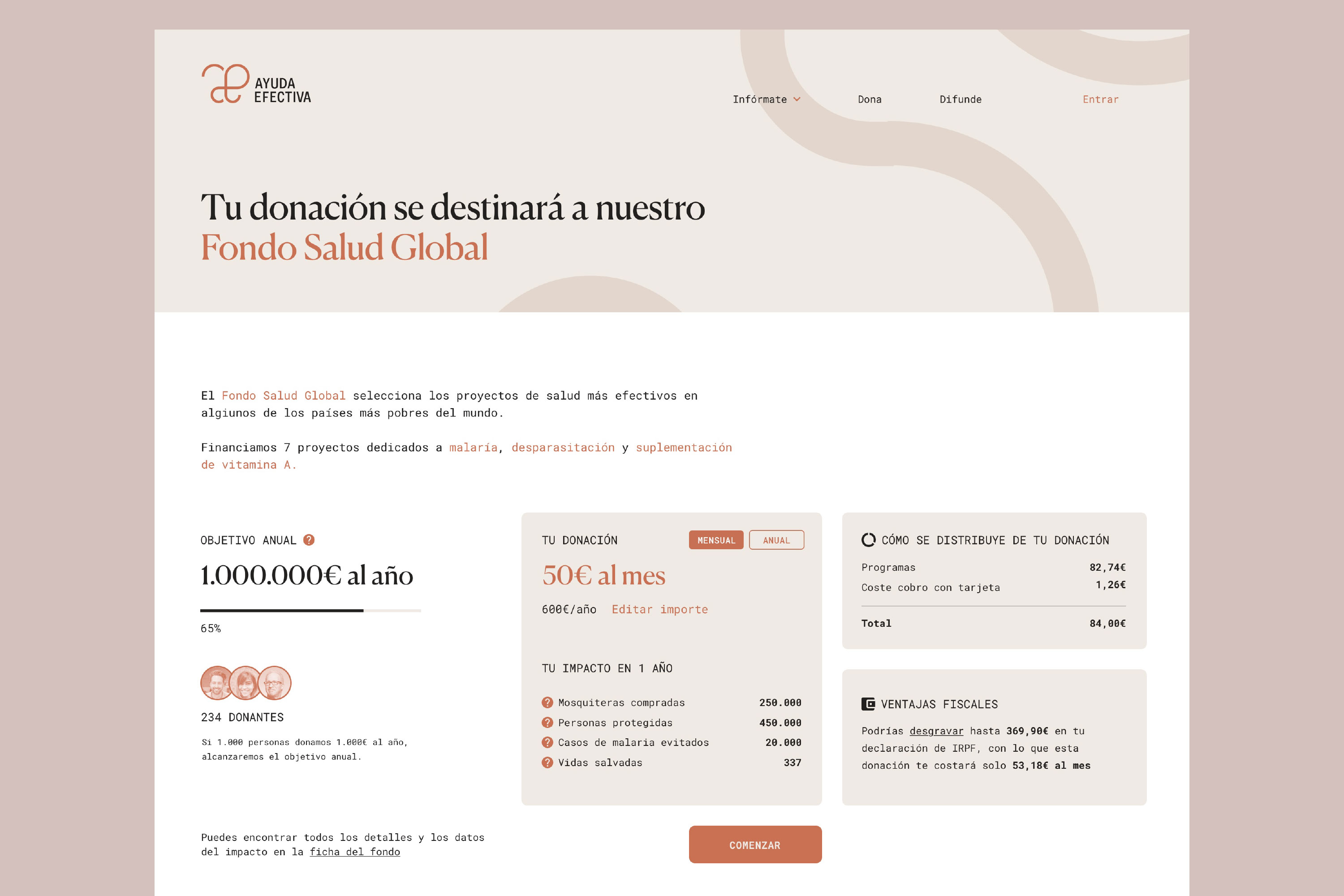 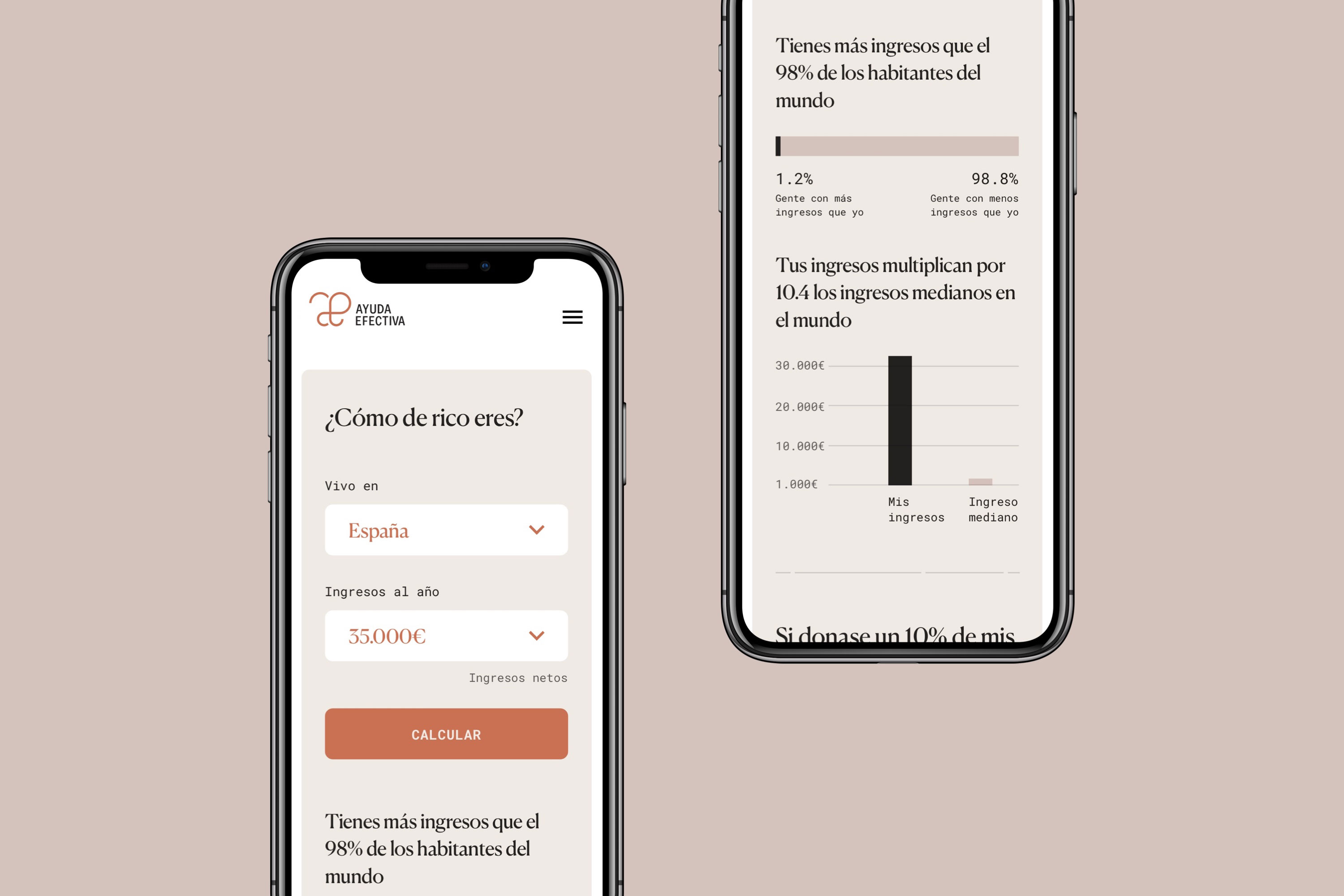 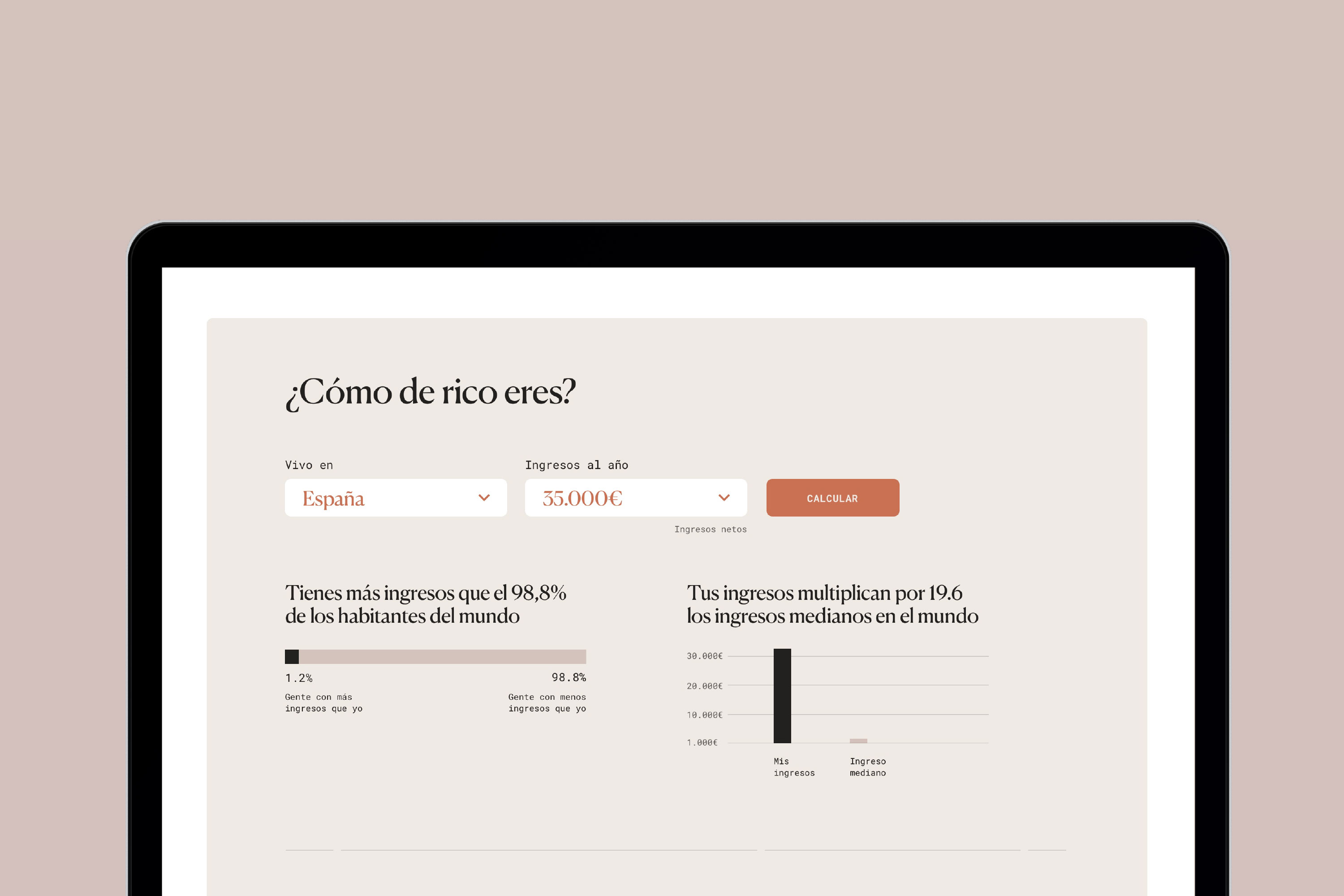 Get in touch for any inquiries or collaborations.

The screen is best viewed in portrait mode, please rotate your device.